Another political spendathon – and for what purpose? 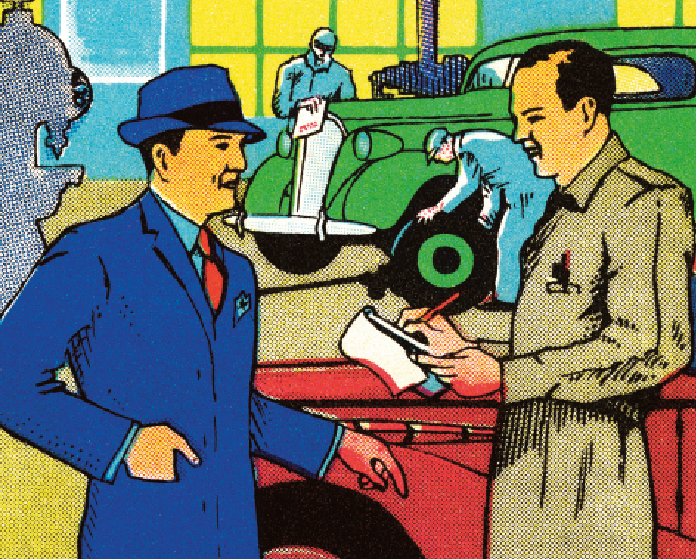 When writing columns there is a time lag between when it is written and when it appears. Events occurring in this window period may render what you write irrelevant.

This was written before the federal election and you are reading it well after the result is known.

But one thing which can be stated, is that for general practice it makes no difference who forms the next government. Neither side has promised anything. The track record of both sides of politics for the last seven years has been to freeze rebates or increase them at a minimal amount, all the while crowing about bulk-billing rates.

In contrast, a proposal in April for patients to have two months of medication dispensed at once was quickly killed off after objections from the Pharmacy Guild. The contrast between the success of the pharmacists in protecting their interests and the failure of GPs to even hold ground is stark.

The campaign saw the usual promises of more money to be thrown at the pointy end of medicine. Politicians, aside from kissing babies, like to be seen as saving people from cancer. Thus, more scans and subsidising cancer treatments, some of which may only extend life by a few months, sounds compassionate and caring.

This raises the question which rarely gets asked. Is spending ever more money the answer?

Sando Galea of Boston University posed this question in a thoughtful piece on Statnews.1 Spending on healthcare in the United States rose from $US74 billion in 1974 to $1US.4 trillion in 2000 and $US3.5 trillion in 2017.

Galea notes that there is much conversation about whether the US pays too much for health. But observes that asking if we pay too much is the wrong question. He adds: “Here’s the right one: Is our spending making us healthier? The answer, sadly, is no”.

The US spends double the OECD average GDP percentage on health. International figures show no correlation between health spending in different countries and life expectancy or other health indicators. Why is this?

To quote Galea: “The  reason is that we aren’t actually spending on health. We are spending on healthcare. The difference between the two is simple, yet fundamental. Healthcare – doctors, hospitals, medicines, treatments , and the like – takes care of us when we are sick. Health is about not getting sick in the first place.”

Our health system is really a disease system. This is absolutely fine and we need it. However, we need to understand what we have and not fool ourselves.

Politicians, usually with support of the AMA, equate more hospital beds with better health. A genuinely effective health system would need fewer hospital beds because people would have less need for them, because they were healthier.

An analogy would be defining the success of car maintenance by how much is spent on breakdowns. The more repairs we do the better! Maintaining cars by putting in the right fuel and keeping the tyres correctly inflated and having fewer avoidable trips to the mechanic does not count in such an assessment.

What does this mean for GPs?

When we work hard each day to help people be healthy and keep them out of hospital we are invisible. There is no direct link seen between what we do and the end result. In particular, you cannot measure what does not happen.

Advising people on exercise, stress management, not smoking, and where applicable, taking medications as advised is not perceived as being “heroic” compared with treating cancer. Neither is early detection of disease.

We know that looking after the car is cheaper than fixing a breakdown. This applies even more to the human body. Yet in the auto analogy, politicians celebrate breakdowns and ignore the value of keeping cars on the road.

GPs, are largely humble about what we do. Maybe that is also part of our problem.

The RACGP has thrown millions at advertising which unfortunately has badly missed the mark. Still one has to start somewhere.

Disease systems will in the next two decades collapse under their own weight unless demand on them is lessened. No amount of spending will avoid this.

GPs are part of the solution. We need to better publicise this!

Dr Joe Kosterich is a general practitioner based in Perth, Western Australia. For more, go to