Provider connection project would save practices a bomb 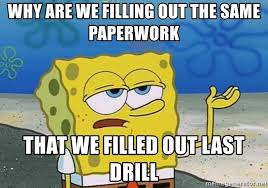 When I first read about the latest iteration of Australian Digital Health Agency’s Provider Connect Australia (PCA) project, I was actually impressed.

It appeared that the agency had iterated its way out of a deep bog (the project is a reboot of a much older project with a different main goal that was probably never achievable) and onto a path that that is a practical and meaningful solution to a problem that every practice manager in the country is hugely frustrated with: all the paperwork that has to be processed, digitally and otherwise, when a new health professional starts in your practice, or one leaves.

What if you had to fill out just one digital form when a new doctor started at your practice, rather than the 15 or so you currently have to fill out and send to 15 different service providers? Even better, what if your patient management system, which captures nearly all the same information, was integrated to the PCA, so that once you’ve entered your new doctor information your PMS, you have very little left to do to finish your normally cumbersome sign-on paperwork job? And what if the system did a whole lot of validity checks on your data which helps protect your practice, and the system?

From a practice manager’s perspective, that’s the current main goal of the PCA project being run by the ADHA: to capture all the important data of a new starter just once and feed it all via this connection service to all the important providers that doctor and your practice will need to interact with (Medicare, Veterans Affairs, Indemnity Insurers, Workcover, Accident cover, secure messaging providers, booking engines, any number of doctor sub directories and so on).

The agency says it has completed it’s “proof of concept” phase with North Coast Primary Health Network and the Northern NSW Local Health District and that it is now ready to move to a more operational phase over the coming year. It estimates it could be starting to onboard providers as early as October.

There’s a few, most of which are strangely beyond the agency’s control – to the point where you wonder whether, without some well timed bleating from influential practice management and doctor groups  (AMA, ACRRM and the RACGP perhaps) it will ever make it to a true operational phase.

The ADHA has a classic start-up chicken and egg platform problem with the PCA.

To illustrate, Google is a platform which brings buyers and sellers together so they can do business. But when it started it was just a search engine, where lots of potential buyers went to find stuff. It took a lot of capital for Google to build up this part of its platform, which essentially was all the data that it would one day offer to people who wanted to sell stuff to all those punters supposedly getting a free search engine. This is what happened when Google introduced Google AdSense.

Google solved its chicken and egg problem with a lot of starting capital. It built up a massive audience of potential buyers (chickens?). But it would never have worked had they not always suspected that they could monetise the data of their buyers eventually by offering it to potential sellers. They had a workable thesis in building their platform.

The ADHA also has a workable thesis. Nearly every provider has a massive issue when changing over personnel and most of the services offered to the providers suffer from there being lots of inaccurate and out of date data on providers. The two things should be able to synchronise so there is value offered at both ends.

As a government department reporting to all state governments and territories and the federal government, the ADHA shouldn’t actually have the chicken and egg problem.

Government should just hand over all the chickens it controls to make up one side of the platform equation. The fattest and most juicy chicken on the service provider side of the equation is Medicare. Of all the forms you fill out for that new doctor, the prize for the most is nearly always Medicare (especially if you add DVA into that). After all, that’s most of how everyone get’s paid.

Although Medicare helped a little with the PCA proof of concept, it’s not in on the PCA project as things stand today. If you sign up, you still have to do Medicare separately.

Apparently Medicare is promising to come into the PCA project after March 2022 when it is due to go live with its new web services gateway for healthcare providers.

This is a major change for Medicare as every provider in the country will have to update their current software – for GPs it will be their patient management system that wears the problem – or not get paid. But big change or not, it’s one government department – Services Australia – pretty much endangering a key project of an important and tightly related agency (the ADHA), that reports to another department, the Department of Health.

If PCA has to wait for Medicare to say, OK, we’re ready now, the project is really stopped in the water, although that’s not the line of the ADHA which is saying that their service will connect to so many other services that getting on board early will still be worthwhile.

But the reality is that as things stand today the ADHA has a great idea with great intention, and not much leverage to get either side to start populating its idea with customer data or services. There’s no chickens or eggs of any substance or import that provide enough incentive for either side to get on board early.

If Medicare isn’t in, which is surely the major piece of any onboarding data puzzle for a provider, it feels likely that many other major services might want to wait before they go to the trouble  and expense of writing integrations to their back ends for data feeds from the PCA. This might be a pathology provider, or secure messaging provider, who would only go to the trouble otherwise if there were enough providers inputting data at the other end of the system.

We asked the question of the ADHA during yesterday’s seminar what service providers they had on day one to attract providers to take part, but we didn’t get an answer. We’ve put a few questions to their media department along these lines today.

Is there not someone sufficiently high up in government able to ring the department head of Services Australia and give them a piece of their mind?

Unfortunately Services Australia and the Department of Health report to different ministers, so you are right away in all sorts of political trouble I guess.

It’s a strange problem that pops its head up a lot – Medicare is delivered by Services Australia, the Department Health pays for it, but it has little sway over getting things done over at its sister department. Services Australia does technology, Department of Health does policy. Outside of that they try not to talk to each other much.

But wouldn’t it make a lot of sense for Services Australia to work with the Department of Health and the ADHA and get the new web services payments system and the provider data problem solved in one go?

The two things relate intimately to each other.

There is one other way we can think for the ADHA to get the party started earlier than Medicare coming on board, at least with GPs – which might be a lot later than March next year if the web services project launch is in the least bit difficult.

That is to get the PMS vendors to do the integration on their product to the PCA so that most of the work is already done for a practice manager within the PMS.

The problem with this solution is the universal healthcare dilemma: who pays?

The practice isn’t going to pay any more if Best Practice adds a very neat integration whereby a decent chunk of your onboarding form filling – not Medicare at the start unfortunately – can be done automatically through the data you input to your PMS.

A practice probably should pay for this, but given there won’t be that many services at the other end at the start, they probably won’t.

Which brings us to the ADHA.

Why don’t they pay for it?

In yesterday’s webinar it was made fairly plain that the ADHA didn’t think it was their job to pay for the PMS vendors to upgrade their software.

Kieron McGuire, who is leading the project actually said that the ADHA had very little success convincing the vendors to do anything as they were not customers. He encouraged all the providers on the call to urge their vendors, as customers, to do the work.

This feels pretty naïve for a few reasons:

It’s probably important to note two more things in this PCA story which will be relevant to everyone:

The PCA is potentially one of the most important project current ADHA projects for the future integrity of provider data across the whole healthcare system. Unlike the My Health Record, it has been a good idea from the start and it looks like the idea will stand the test of time and technology in the system.

But so far the system, particularly the political side of the system, isn’t synchronising too well to make the idea come to fruition.

As things stand, the PCA idea could easily get destroyed by provider apathy brought about by it just not providing enough value on the other side in the short to mid term.

People aren’t going to wait forever for the promise.

If Medicare and DVA were in, and Aged Care after that, it the project would almost certainly be facing a much brighter future.

But that’s a political problem possibly way beyond the control of those working hard at the idea inside the agency.